How many heart-wrenching pictures have you seen of dancing bears, marine wildlife killed by eating plastic or great swathes of deforestation in the Amazon jungle and sat there thinking "what can I  possibly do to help?".

It is our belief that when conservation and tourism work in tandem, it can have a real and positive effect on the environment and wildlife of the countries we visit. Although many issues feel beyond our control, such as the 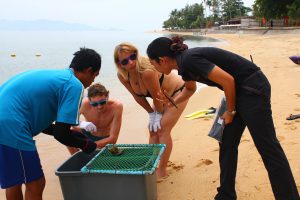 terrifying bleaching effect of ocean temperature rises on many of the worlds beautiful coral reefs, there are actually lots of ways to combine an amazing holiday with generating income for conservation efforts.

We have a specific philosophy when it comes to conservation. Whilst we would love to be out there working on projects ourselves, we believe that it is our role as a responsible tour operator to support hotels, activity providers and local charities that have great conservation practices, by including them in as many of our holidays as possible and sending them a steady flow of paying customers. 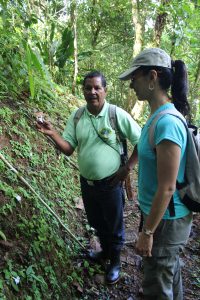 Simply offering donations to charitable causes, which is the route many of the larger tour operators take, is not enough in our opinion. Charitable giving is a good thing to do and can be very beneficial, however it should not be used as an excuse by travel companies to avoid making every effort to maximise the benefits of their actual holidays.  By spending time sourcing hotels and experiences that directly contribute to local conservation efforts, we are trying to make sure the money is getting to the right places on the ground.

Many of the efforts so far by hotels and tourism businesses are pretty tokenistic or just driven by saving money - such as reusing your towels - but we believe tourism has a much larger part to play. A great example of this is in the Ecuadorian Amazon. At the same time as big companies were starting to destroy the Amazon forest by prospecting for oil, tourism investors met with the communities that owned the land with a view to joining forces to build and run eco-lodges that would employ local people, provide sustainable cash flows and protect their culture and way of life. It was never going to provide as much money as an oil company could offer to exploit the land, but it provided enough to enable the local communities to turn their back on the black gold.

Tourism can also play a big role when it comes to wildlife conservation. For instance in Thailand there is a huge struggle going on between animal reserves that provide a safe haven for ex-captive and injured wildlife, and zoos and animal 'attractions' that are in business solely for economic reasons with little concern for their animals' welfare. How are we meant to change these damaging practices? No matter how many articles are written or films are made, if travel companies and the owners themselves continue to see profit in selling attractions that exploit animals, then change will be slow. It is our job as tour operators to find and support reserves and conservation projects that provide amazing experiences for the visitor and a safe and nurturing environment for the animals in their care.

The Beyond Tourism Co. is not large enough to make a big dent on its own, but alongside other companies with similar philosophies and with more and more travellers looking for the right kind of experiences, then change can definitely happen.